Bob’s once only songs: Boom Boom Mancini & Farewell to the Gold

Boom Boom Mancini was written by Warren Zevon and is a song about a boxer – as we all know Bob Dylan has a particular interest in boxing and has recorded Hurricane and Davey Moore.  He also sang “The Boxer” on Self Portrait.

Ray Mancini was born in 1961, competing as a professional boxer from 1979 to 1992, and then after retirement worked as an actor and commentator.   He held the WBA lightweight title and took his nickname from his father, also a boxer, Lenny Mancini.

The issue most people in the world of boxing recall about Mancini was his fight with Korean challenged Duk Koo Kim which Mancini won in 14 rounds.   However immediately after the fight Kim collapsed and four days later he died.

The song was written and recorded originally by Warren Zevon.  Here are the lyrics

Warren William Zevon who wrote the song was born January 24, 1947 and died in 2003.  He started out as a session musician, jingle composer, songwriter, and bandleader, and his career took off when Linda Ronstadt started to record his music.

Thereafter he particularly became known for “Werewolves of London” and “Lawyers Guns and Money” recorded by himself, and a series of hits recorded by other performers such as “Poor Poor Pitiful Me”, “Accidentally Like a Martyr”, “Mohammed’s Radio”, “Carmelita”, and “Hasten Down the Wind.”     He also recorded “Knockin on Heaven’s Door.”

I don’t know if this was a hit worldwide – us Londoners certain knew it – and quoted it.

Here is Bob’s one off performance of Boom Boom.

Farewell to the Gold

It was written by Paul Metsers a New Zealand folk singer who has spent a lot of time in the UK, but who seemed to stop writing and performing sometime around his 50th birthday.  A ludicrously early date but it did at least give him time to write and record “Farewell to the gold.” 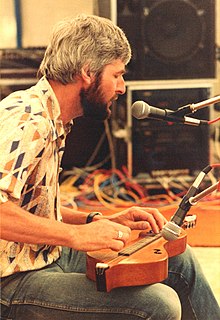 I had no idea before coming to this that Paul Metsers was born in the Netherlands – so I learn something from this series (as I hope you might).  Farewell to the Gold was written after he had moved to England, I think, and was also popularised by Nic Jones.

Colin Irwin of the Melody Maker, described Metsers as “a songwriter of genuine depth and versatility”.  I would agree, and then agree some more.

The Nic Jones version of this song is particularly well known which is why I include it below.  If this doesn’t move you at all, then of course that is a personal matter, but it means that our emotional lives are on different levels.  Not that mine is in any way superior to yours but simply we are different.

Quite why Bob has performed this song only once I can’t imagine – but it is the same with several songs we have reviewed on the “once only songs” reviews.  There is solid work going on in learning the lyrics and getting the arrangement to work, and then rehearsing it all.

But here’s the big thing: when this track finishes, stay with it, because then you get Paul Metsers performing in 2012.

Dylan’s once only file: earlier editions – and the concert

Dylan’s once only file: the concert.   Yep, Aaron has created a Youtube file of the songs Bob has played once only and which we have reviewed.